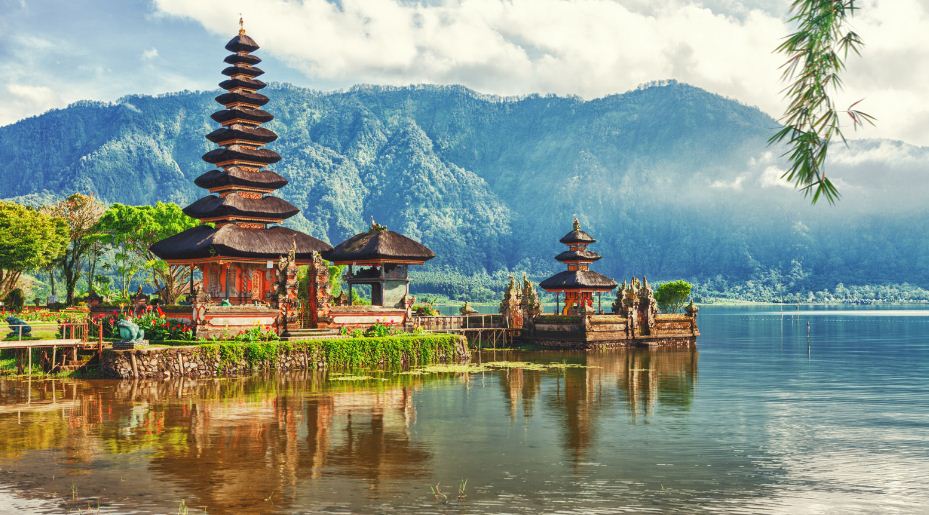 My Holiday in Bali

In my holiday, I went to Bali with my father, mother, brother, and sister. The day prior to my Bali, I prepared all the equipment to bring. At the day we left for Bali, we arrived at 06.00 (six in the morning) by the car. I went there by my family by car because my father already knew the streets and road in Bali. I came to Bali through Lumajang, Bondowoso, Situbondo, and then through Banyuwangi. Arriving at the port, we were sitting and resting to buy food, drink, prayers, etc.

Then, we continued our trip and we went through the forest. There were many deer or elk in forest in Bali. Hunting was prohibited in this forest. Then we went on a trip to Denpasar because there was a relative’s house. Even though I had relatives in Denpasar, I did not stay there. Arriving at Denpasar we found a hotel to stay for some days.

The second day in Bali, we went to Sanur. Sanur beach was not that great but if you were lucky, in the morning you could see the sunrise. However, it was not good anyway because the beach sand was dirty because there were people selling corn. In Sanur, I could be able to swim, because in Sanur the water looked like it was blocked by rocks so you can swim. But, the outside barrier was dangerous. My father’s friend was a lecturer in Bali so he knew all the cultural and tourist attractions in Bali, so he told us the danger in outside barrier. He said that the flow or current of the sea was strong so that it could pull human. He said someone had died there for diving. It might be because he dived too deep right when the pressure was great so his blood was rose to head and kept out all. My father said he and I were used to play in Sanur when the water subsided so we could walk until the middle of the ocean and if we continued walking, we could see that there was a big hole in the sea.

The view in the ocean was pretty good. My sister who ever came to this beach before also told me that the view here was good. After swimming at the beach, we continued our trip. We got stuck in traffic jam in Nusa Dua Bali. The road to Nusa Dua Bali was always busy and we always got jammed here and even in the highway. After leaving the long traffic jam, we had hungry and in our trip we saw a market that sold many kinds of seafood, so we stopped for a moment to see the seafoods there and to buy some. Arriving in the market, there were so manykinds of fresh seafood. It was seriously many and when my mother asked for the rpices for some kinds of seafood, such as squids, crabs, and fish, it was cheap! Then, my mother, my sister, and I decided to buy some kind sof seafood, such as squids, crabs, shrimps, and fish. We bought many and we decided to grill it near the beach. I was imaging it would be very cool to eat fresh seafood by the ocean. I was asking my father where we would go to grill these seafoods and my father said that we wouldlike to go to Pandawa beach. I was curious why it was named Pandawa beach. Some people said there was might be a huge Pandawa statue so that was why it was named so. But it did not matter, for me these seafoods were the matters.

Arriving at Pandawa beach, I saw so many people there. we arrived here at about 5 in the evening. It was a perfect time for me because my family and I could eat the seafoods while enjoying the view of ocean in the evening with the goldish light of the sun when it touched the blue water in the sea. In Pandawa beach, therewere many peoole playin with their dogs, some people were surfing, some people were riding small boats, some children were flying kites, and there were many people were selling corns on the cob. The scenery on the beach was pretty nice. We were enjoying the sights and eating the seafoods that we bought and then we returned to the hotel because we would go back to our house tomorrow morning.