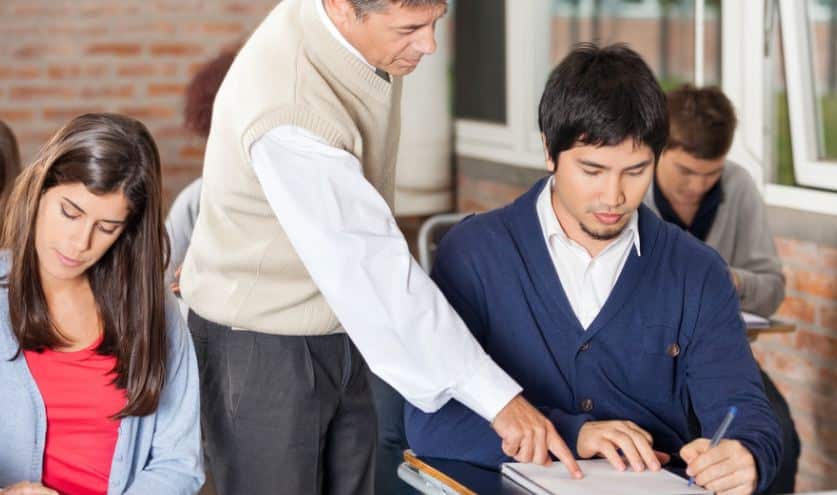 Choose the best answer of the option a, b, c, or d.

This text is for questions 1 to 3.

In the middle of a bright day, I had an appoinment with my friend for lunch. I drove along the main road ata reasonable speed.

About fifty metres before the crossroads, a pedestrian who was walking on the pavement suddenly ran across the road in front of my car. I was so suprised that I braked as hard as I could. I really panicked and I had to swerve to avoid the pedestrian. I crashed into a car which was parked by the side of the road.

Fortunately, the pedestrian was not injured, but I had a bad cut on my face because my head hit the wind screen. I did not wear my seat belt.

Then, an ambulance arrived and took me to the hospital where I had to have five stiches and rested for a few hours. There was a lot of damage to my car; the wind screen was broken and the bodywork was badly damaged. Later, I was interviewed by the police at the hospital.

1. What is the main idea of paragraph 2?

2. While the writer was driving, suddenly …

3. From the text we can conclude that …

This text is for questions 4 to 6.

It was early Sunday morning. The alarm in my cell phone rang. My sister and I planned to wake up very early that day to make a surprise cake for mother’s birthday.

We walked to the kitchen and prepared all the ingredients. It was our first time at making a birthday cake so we had to read the recipe on the Internet every time. We did everything in silence because we did not want mother or father to wake up.

We mixed the ingredients into a batter and then put the batter in the oven. After baking for several minutes, we took the cake from the oven. It was not very shapely, but it looked delicious. We put it on an oval plate and put it on a small table near mother’s bedroom door, hoping that mother saw it right after she opened the door. Then, we went to our bedroom.

Suddenly, we heard a sound “Prankkk”. We ran out of our bedroom and were very suprised. Our cat had stood on the table and the cake spread on the floor. We were speechless, thinking that our hard effort was useless. Then, mother opened the door and asked us what happened. We told her what happened and she smiled. She hugged us and said thanks for the spoiled gift.

4. “We were a speechless, thinking that our hard effort was useless.” (Paragraph 4) Which of the following sentences have the word with similar meaning to the underlined word?

a. The most impotant thing in my life is my family’s happiness.
b. Trying to contact Donna right now will be in vain since she is very busy with her work.
c. We can create beneficial products from recycled materials.
d. I appreciate all precious moments with you.
e. We never thought this item to be priceless.

5. Why did the writer and her sister make the cake in silence?

a. They were speechless.
b. They were still sleepy.
c. They did it unwillingly.
d. They wanted to give their mother a suprised.
e. They did not know what to do.

6. What is the best title for the text above?