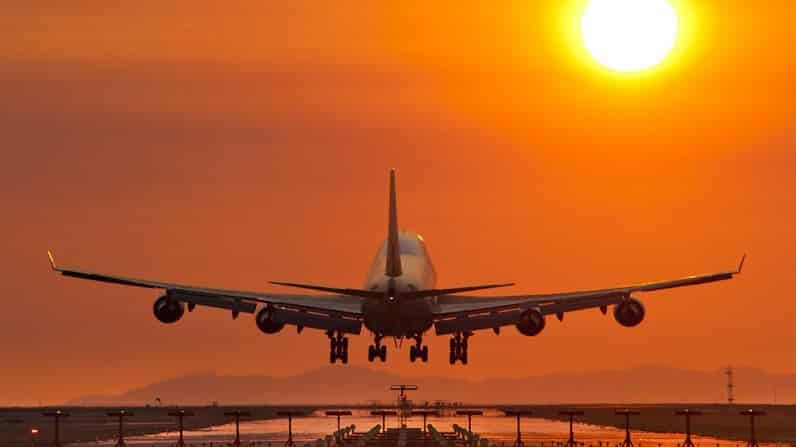 The airplane is an aircraft that is heavier than air, fixed wing, and can fly on his own. In general terms, airplanes are also referred to as aircraft or ships, or enough-to-fly aircraft which have the same purpose as a vehicle that can fly in the atmosphere or on the air. But in the world of aviation, aircraft has different terms from airplane. Airplane term is much broader sense because it covers an aircraft and helicopters.

In the United States, plane was first performed by the Wright brothers in 1903. They designed their own plane. The aircraft was only enough for one person. In the UK, an aircraft inventor named Samuel F. Cody managed to do a flight in 1910. At that time, the best shape created was still very simple. It was not like what can be enjoyed today.

After World War I, a period of civil aviation started to grow and experienced rapid development. Finally, many aircraft were manufactured for civilian transportation. In addition, starting also sprung airlines in Europe and America. Along with the times, forms and aircraft engines began to be refined. This was done to meet the needs of air transportation. In 1949, they invented the commercial aircraft. This aircraft was bigger than previous planes.

Aircraft that is heavier than the air was first flown by the Wright brothers (Orville Wright and Wilbur Wright) using its own aircraft design called the Flyer, which was launched in 1903 around the United States. In addition to the Wright brothers, inventors listed several other aircraft that invented the airplane, among others was Samuel F Cody who commited crimes in the field Farnborough, England in 1910. As for aircraft is lighter than air, so it had flown long before. The first flight using a hot air balloon was found by a Frenchman named Joseph Montgolfier and Etiene Montgolfier occurred in 1782. Then it was refined by a German named Ferdinand von Zeppelin by modifying the cigar-shaped balloon that is used to carry passengers and goods in 1900. In year next year, Zeppelin air freight to ship disaster on a trans-Atlantic trip in New Jersey in 1936 that marked the end of an era of Zeppelin although it was still in use after World War II. After days of Wright, aircraft had undergone many modifications both in design, shape and aircraft engines to meet the transport needs of the larger flight commercial. The plane made in 1949 was named Bristol Brabazon. The world’s largest passenger plane was made by Airbus Industrie of Europe A380.

The airplane is a complex system. At the design stage and in flight, maintenance manuals (used by pilots and maintenance technicians) are divided into a simple system that carry out their respective functions. Here are some of the systems in the aircraft:

This aircraft is an aircraft that is undergoing testing process. Aircraft of this type generally has a slightly different shape, and special concept and a new design. In addition, the aircraft has not been used in bulk.

This is the best type of aircraft that serves to carry passengers. Airliner is capable of carrying other things.

This aircraft is used to transport goods and transporting various types of commodities. The aircraft is often also referred to the cargo plane. In general, air freight is a modified passenger plane. But, there is also a plane that is specifically made for the transport of goods, such as Boeing 747 Large Cargo Freighter. Transport aircraft is typically used by civilian and military. Both have their respective fleets. The military usually use this plane to transport war vehicles, weapons, and soldiers.

Military aircraft is an aircraft that serves for various military purpose