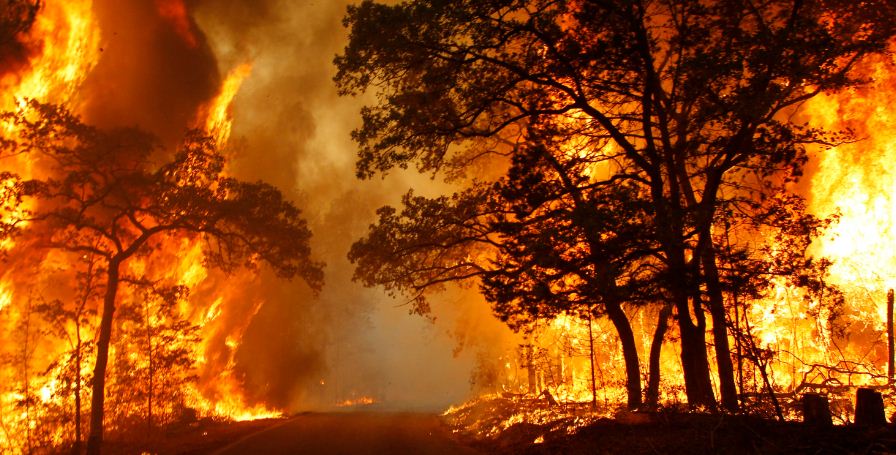 DHARAMSALA – A total of 47 people were killed in a landslide incident that buried passengers of two buses in India on Sunday (08/13/2017).

Landslide occurred in the village of Urla, Himachal Pradesh, India, which buried some of the highways in the area. In addition to two buses, the landslide also buried two cars and a motorcycle.

SAR teams and military forces were deployed to evacuate dozens of bodies buried in the mudslides triggered by the heavy rain. They used shovels and hoes to dig up piles of mud, rocks and debris to find the buried victims.

A police officer at the scene, Ashok Sharma, said that one of the buses was buried in mud up to 15 meters. Not sure how many passengers of two buses were, but it is believed in addition to the 47 bodies found, no others are otherwise missing.

“We still have to do a search to confirm that number tomorrow morning,” said a spokesman for the National Disaster Relief Team, Krishna Kumar. “But, according to reports, all the bodies have been removed,” he said again. It added that the possibility of a survivor from the incident is very small and could even have increased the number of deaths.

Indian Prime Minister Narendra Modi expressed his condolences for the deadly incident. “I am grieved over the many lives that were lost by the landslide in Mandi district, Himachal Pradesh,” said Modi.

Landslides are common in the area in rainy season, which usually falls from June to September. This is triggered by deforestation carried out in the area, causing environmental damage and increasing the threat of flood and landslide there.

Regional Disaster Management Agency (BPBD) Bogor City reported the first event of the whirlwind occurred in RT 04 / RW 03 Sukaresmi Village, Tanah Sareal Sub-District. The two houses belonging to Imah and Aduh were damaged on the roof due to heavy winds.

Not only that, a number of trees near the houses of citizens were collapsed to hit some houses residents of the region. Large bamboo trees tumbled to their roots, and the hard tree uprooted the people’s roads. “There were no casualties, but the residents’ houses were damaged by the wind and hit by fallen trees,” said Bogor City Head of BPBD Ganjar Gunawan, Wednesday (1/3/2017).

Landslide also occurred in Jalan Pelawan Pelajar, Cimanggu, Tanah Subdistrict, Sareal. Landslide caused the sidewalk to collapse to a depth of one meter. Not only the sidewalk, the fence owned by Balitro was damaged eroded landslide. The length of the sidewalk pavement was estimated to be more than 10 meters. The incident occurred when the rain flushed the area of Bogor.

Previously, 33 cases of natural disasters also occurred in the city of Bogor on Monday 27 February. The event was dominated by landslides, floods and fires. Three people died, one was buried by landslide and two others were dragged down by floodn from Cipakancilan River.

Tornado Rampaged, 2 Villages were in a Mess

The incident was so fast and happened on Wednesday (8/2/2017) night, at around 23:00 pm. No doubt, dozens of houses in Talang Jaya Village and Mekar Mukti Village were severely damaged and dozens of residents were severely injured.

Head of Telang Jaya Village, Juwahir, said the incident took place when the residents of RT 7 and RT 8 were asleep. Initially heavy raining, then strong winds directly hit as many as 48 homes residents to severe damage. “Residents immediately shouted and left the house, but many are trapped inside the house and exposed to the ruins of the foundation of the house,” he told, Thursday (9/2/2017).

In the Village Mekar Mukti, District Muara Telang there are as many as 12 heads of families (KK) affected by this tornado. Residents who survived the ruins of the house are currently busy fixing their houses and taking the rest of the goods that can still be used. There are about five units of houses that were badly damaged by the brunt of the tornado.

Plt Banyuasin Regent, SA. Supriono, said his people have reviewed the location of the disaster and provided light relief in the form of medicines and food. “We are conducting data collection through Badan Kesbangpol Banyuasin. Assistance will continue to be channeled, “he said.